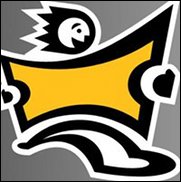 RFID technology is common at festivals in Europe but until now hasn't been widely available in the states.

Front Gate Tickets will soon launch new marketing and operations initiatives built around the technology to improve the fan and promoter's festival experience.

There the company, which will sell tickets for more than a dozen of the top U.S. music festivals in 2011, deployed RFID readers at the gates to authenticate and validate artist and guest credentials.

While RFID technology is a bit more expensive than typical barcode scanning, promoters see the value and applications of the technology.   "Concertgoers will always try to circumvent the systems in place for festival ingress when in such high demand," says Maura Gibson, Director of Ticketing for C3 Presents, which produces Austin City Limits Music Festival, Lollaplaooza, and Wanderlust Festival. "RFID makes it nearly impossible for this activity to continue."

In addition to launching its RFID technology, Front Gate has recently built a layaway feature into its ticketing system to help festivals maintain or possibly increase their attendance in the current economic climate.

To date, the company has seen roughly 10% of all participating festival tickets sold this way. Ticket buyers can spread out payments over time rather than take one big hit on their credit card.

Front Gate is currently on sale with 2011 layaway tickets for Coachella Valley Music and Arts Festival and Stagecoach Festival among others, according to the press release.