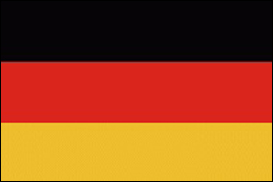 GERMANY (VIP NEWS) — The German live entertainment market has recovered from the dramatic drop in sales of 2008 and 2009 and reports a revenue boost of 24 percent for 2011.


The total revenue volume of €3.94 billion is €2.76 billion for music events and €1.18 billion for non-music orientated events such as theatre, circus and comedy. The concert revenues increased 22 percent and the non-music events 30 percent.


Two of the leading German concert promoters confirmed to Billboard this positive trend in Germany. Prof. Peter Schwenkow, CEO of DEAG Music in Berlin (David Garrett, Bruce Springsteen, Red Hot Chili Peppers) said "2011 and 2012 are extremely good and we have increased our revenues, but also our profit over-proportionally."


Marek Lieberberg, CEO of MLK in Frankfurt (Shakira, Coldplay, Bob Dylan) confirmed that "MLK was able to underline its top position with a record result in 2011, and based on the figures of the first half year 2012 we will even increase this result."


Jens Michow, president of the Federal Association for the Promoters and Event Business (bdv) to Billboard: "In 2007 127 million tickets were sold, with only 122 million last year. But we had higher revenues than in 2007 because the prices for events steadily increased."


Bdv represents over 320 companies in the event industry. The figures reported are based on a consumer survey conducted on behalf of the bdv and "musikmarkt," the German trade magazine. The survey has been conducted by the Association for Consumer Research (GfK) in Nuremberg. The figures were presented at a press conference on Thursday in Berlin. The bdv had decided in 2009 to do a consumer survey only every two years for economic reasons. In February 2012 3,429 representatively chosen people were asked in writing about events.


Stefan Zarges, chief editor of the trade magazine "musikmarkt" in Munich told Billboard, "In 2008 and 2009 the concert promoters went through a horrible year of depression following the record year of 2007. Today Germans are again willing to spent more money for concerts because they yearn for emotional experiences of live events. The concert promoters will benefit from that also in 2012." –According to Billboard.com