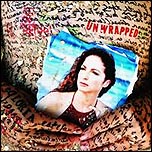 Live and Unwrapped features Gloria Estefan and the Miami Sound Machine and her 23 piece band in an intimate performance at the Caesars Palace Colosseum in Las Vegas. The in-theatre presentation and DVD includes hits from the band's extensive repertoire of music, including "Conga," "Reach," "Mi Tierra," "Get on Your Feet," "Live for Loving You," among others, as well as new songs from her recent CD Unwrapped, such as "Your Picture," "Hoy," "I Wish You," and "Wrapped."

"When I imagined myself up on the 'Big Screen," says "Estefan, "I never thought it would be like this. It's a great opportunity to connect with my fans and allow them to see concert footage like they've never seen before. I'm happy that 'Live and Unwrapped' will be seen somewhere that will showcase the grandness of the 'Colosseum' at Caesars Palace and the uniqueness of this very intimate show," expressed Estefan.

Live and Unwrapped was directed by Emmy Award-winner Larry Jordan and was choreographed by renowned television and film director, Kenny Ortega (Dirty Dancing, Chicago Hope, Ally McBeal). Other concert features include "living scenery/puppetry" by Michael Curry (Broadway's The Lion King), over a dozen performers including dancers and percussionists and a specially designed video display. –Jane Cohen and Bob Grossweiner