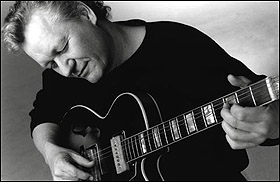 LOUISVILLE, KY (CelebrityAccess MediaWire) — Songwriter and musician Tim Krekel, who played with legends such as Bo Diddley and others, has died at his home after a battle with abdominal cancer, a statement on his website said. He was 58.

Krekel released 8 albums during his career and also wrote songs for numerous artists including Aaron Tippin (("Cold Gray Kentucky Morning") Martina McBride ("Cry on the Shoulder of the Road"), Crystal Gayle ("Turning Away").

Krekel served as lead guitarist for Jimmy Buffett's band, touring and providing guitar for the album "Son of a Son of a Sailor."

He then launched a solo career, eventually recording 8 albums including "Crazy Me" and "Over the Fence."

Krekel underwent surgery to have an abdominal tumor removed in April but his health took a turn for the worse and he died on June 24th. – CelebrityAccess Staff Writers