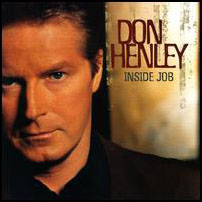 SANTA MONICA, CA (CelebrityAccess MediaWire) — Don Henley will be honored at the 2007 MusiCares Person of the Year dinner and concert to be held on February 9 at the Los Angeles Convention Center two days prior to the 49th Annual Grammy Awards. Henley will be feted for his exceptional professional achievements as well as his commitment to a range of philanthropic causes from environmental issues to artists' rights concerns.

"Don is one of the most relevant and respected musical voices of our time, and it is a fitting testament to his extraordinary talents and charitable work that he will be honored as the MusiCares Person of the Year," said Neil Portnow, president of the MusiCares Foundation and The Recording Academy.

"His music legacy spans decades and we felt it was a perfect moment to honor his career-long achievements," added Les Bider, chairman of the MusiCares Foundation.

In 1990, Henley founded the Walden Woods Project, which leads the effort to preserve historic Walden Woods, the 2,680-acre ecological area surrounding Henry David Thoreau's Walden Pond in Massachusetts. Since its formation, the nonprofit organization has protected nearly 150 acres in and around Walden Woods and has provided quality programs for hundreds of high school teachers and students. The Thoreau Institute at Walden Woods (owned and managed by the Walden Woods Project) houses the world's most comprehensive library on Thoreau and is an important resource for researchers/writers from throughout the United States and beyond.

Henley also founded the Caddo Lake Institute in his native East Texas, a privately operating foundation to act as an "ecosystem-specific" sponsoring entity, underwriting local wetland science and conservation education including cultural and ecological research and monitoring. Additionally, Henley co-founded the Recording Artists' Coalition, a nonprofit, non-partisan group formed to represent the interests of recording artists with regard to legislative issues in which corporate and artists' interests conflict, and to address other public policy debates that come before the music industry. –Bob Grossweiner and Jane Cohen