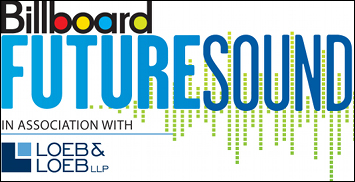 SAN FRANCISCO (Hypebot) – The theme of last week’s Billboard FutureSound Conference in San Francisco was centered on defining problems and finding actionable solutions in the areas of entrepreneurship, music licensing, as well as leveraging the social web in the digital music marketplace.

Here were the highlights:

Opening:  Editorial Director of Billboard, Bill Werde, opened with a few words about how the current music and technology landscape has changed. He also asked the crowd to be open-minded and forget for a moment “what you think you know,” because the point of the conference is to “take a new solutions-oriented approach.”

“Four or five years ago,” said Werde, “Billboard couldn’t feature the ‘Top 5 Music Tech Start-Ups’ on its cover because there weren’t any worth writing about.” This year Billboard had a healthy debate about who those top 5 start-ups are, which is indicative of a very different time.

He added that there are still challenges in creating symbiotic relationships between the “rights holders” (labels/artists) and the “rights wanters” (music services/developers). Not long ago, rights issues held up the US launch of Spotify as well as Goolge Locker. Contrary to popular belief, it’s not just the major labels that attribute to all the roadblocks; it’s also the artists that are reluctant to sell their music on these streaming services.

CEO and Founder of RootMusic, J Sider, offered golden nuggets from his experience in building the number-one Facebook music marketing app, Bandpage. Sider emphasized that entrepreneurs should take the lean start-up approach, “burning slow” on cash and being resourceful.

“Create your product, test it out on friends and build case studies from those,” Sider said. “Once you have something on the lower level, then you can go bigger.”

Sider also stressed the importance of being concise when presenting your product to potential investors. Get right to the point about the value you are offering to the marketplace.

“Every industry suffers from not paying attention to the mobile experience on the consumer side,” Schneider stated. Mobile users on average use their phones to check-in, Tweet and email, about once in every six and a half minutes. The value in mobile apps is the ability to hyper-focus consumers in on a brand, which also leads to greater engagement and loyalty.

Another growing opportunity in the marketplace is marginal monetization from ads. Paul Geller, VP of Strategic Development of music streaming service Grooveshark, addressed the need to create additional revenue streams for artists outside of royalties.

Michael More, founder of Headliner.fm, brought up a valid point about social fan reach: “You'll never reach a scalable audience if you keep sharing content with your existing audience," he said. "Find the influencers that can reach new fans – they enhance organic growth.”  Headliner optimizes sharing between artist/manager/fan all in one platform.

Pandora CEO Joe Kennedy mentioned that the bulk of the existing market is ad supported with free music. “Charging consumers a premium after a ten-hour free trial period didn’t work,” he said.

“Over the long run, it’s important for entrepreneurs to be flexible, remain focused on the long term opportunity, and not to worry about the market because that changes every nano-second,” Kennedy recommended.

Bckstgr brings a different level of excitement to social currency. The company links top brands and artists to create rewards programs that drive fan loyalty and engagement. Consumers earn "FanPoints" by interacting with brands, which they can exchange for products or experiential rewards like backstage access to their favorite artists. (Justin Jarvinen, CEO)

Tracktrackit is a file-sending platform that allows music professionals to embed digital watermarks within tracks. If a track is leaked, the sender will receive a notification with the ability to pinpoint the culprit. Users also have access to analytics which help them gauge popularity of certain tracks, length of listening time, and where the music is played. (Phil McCarty, Founder)

Rexly is an iPhone app that is “what iTunes Ping should have been.” The app drives music discovery through socially sharing songs and playlists from the user’s iTunes library via Facebook. The app also aggregates behavioral data on music tastemakers and blogs. “It’s like a backstage pass to your iPod.” (Joel Resnicow, Co-Founder/CEO)

Challenges: The music landscape is fragmented and oversaturated with content. Consumers have significantly more choices in what and how they consume and purchase. This makes it even more difficult for artists to reach their target audience, so they must understand consumer behavior and learn what their preferences and interests are in order to effectively reach them.

The challenge for music developers and social web companies is being able to marry their platforms to create win-win relationships. Building apps on social platforms like Facebook and Twitter seems to be the future.

Ron Conway (SV Angel investor) predicted that there will be just as many apps built on social web platforms as there are apps being built on the iOS and Android platforms.

For music retailers and Internet radio start-ups, the challenge is successfully driving music discovery through social web integration. Fans are more likely to purchase music recommended by friends; sharing playlists and tracks with friends, in addition to receiving recommendations based on their likes drives discovery.

Opportunities and Innovators: A common thread of discussion throughout the conference was that artists and tech start-ups alike must focus on deeper consumer engagement, creating richer and much more personalized experiences, driving fan loyalty and optimizing social sharing.

Companies like Soundtracking are focused on building products that are centered on self-expression and social sharing. Their mobile app is approaching 1 million users, and was awarded Billboard.biz app of the month. Users can capture personal moments by uploading photos, followed by tagging songs and location to the photo, which can be easily shared with friends via Twitter and Facebook.

“It’s like a music postcard representing the soundtrack to your life,” Steve Jang (founder) said. And Twitter’s head of product development, Ryan Sarver said, “It’s great that companies like Soundtracking are enriching tweets.”

Social ticketing company Ticketfly also integrated their platform with Twitter and Facebook, and leverages in-depth fan data to provide promoters and marketers the tools and analytics to sell tickets. ReverbNation seeks to help artists create real connections with new fans and amplify word of mouth through Facebook, with their new marketing product called Promote It.

The future of Internet and mobile radio is being pioneered by start-ups like Slacker and Myxer, who touted sophisticated mobile friendly listening platforms that personalize the listening experience, and drive deeper connections via social music discovery.

Roadblocks and Opportunities – Music Licensing And The Developer Marketplace

Challenges: The process of licensing music is cumbersome, costly, and time consuming for both communities. The laws that govern synchronization, performance and mechanical rights are also inherently different, which further complicates things. Additionally rights holders in the artist community are reluctant to offer their content for streaming because revenues are still very marginal. Other barriers include a lack in understanding of licensing and overall systemization.

Collection and distribution of royalties and mechanicals is also challenging, especially within the US. SoundExchange simplifies the process of collecting statutory royalties from satellite radio (such as SIRIUS XM), Internet radio, cable TV music channels and similar platforms for streaming sound recordings.

Echnoest, Muzine, and +Music sat down in a panel discussion with EMI and Island Def Jam in talks of why it is critical for the music industry as a whole to make content licensing a simpler process. Developer start-ups have a hard time peaking interest with investors because content licensing deals just take too long to execute. Other challenges include marketing a new app effectively and finding the potential user base.

Developers also need access to higher quality content from the labels. Jim Cannella, founder of Muzine, suggested “going direct to the content owners, not the labels.”

“Major labels are well aware of their reputation within the developer and artist communities,” Jon Vanhala, SVP of Digital Strategy at Island Def Jam acknowledged. “It’s always been a challenge getting the labels to license content.” Labels must not only iterate faster in the deal process, but also have a greater willingness to collaborate with the creative developer community.

Opportunities and Innovators:  EMI and Echo Nest collaborated and created the Developers Sandbox, which gives developers access to EMI’s multi-media content to create new digital music products. Developers have the freedom to play with the content and get as creative as they want in figuring out ways to market, distribute, promote the content.

EMI will also take on the task of licensing administration and help in developing, marketing, and bringing an app to market. The two sides are hoping that this sort of partnership might inspire collaborations with other labels, who will model after their template.

“We’ve got 20,000 tracks available in Sandbox. The more content we get out there to guys like The Echo Nest, the better it will be for the music industry,” said Neil Tinegate, VP of Digital Projects at EMI.

Vanhala said he “applauds EMI and The Echo Nest for executing a deal quickly.”

EMI and The Echo Nest also broke news during the panel of a new developer contest built around their partnership. A $5,000 cash prize will be given to a developer that can create the most innovative app.

–Focus on building and engaging your audience – putting the people first
–Center on collaborative consumption, interactive experiences, and hyper-personalization to reach audiences
–Optimize social sharing and content discovery
–Innovation in developing business models necessary in the marketplace
–Think outside royalties and look to create other revenue streams

It’s quite the exciting time in music with new platforms from Facebook, Google, Spotify to build off of, and it will be interesting to see what the future holds. But parallel to that, artists and developers have never been more challenged to find new ways to reach their target consumers through deeper connections.

The music industry and all involved must work together in defining the barriers preventing growth in the digital music marketplace, and then focus on problem solving. While there is certainly progress being made, creating seamless relationships between rights holders and tech start-ups is still proving to be challenging.