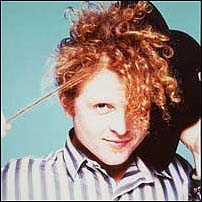 Simply Red singer Mick Hucknall has denounced his former record contract as "immoral". He says he was deeply unhappy with the terms of his deal with EastWest, part of Warner Music, which expired in April 2000.

Hucknall told a newspaper it was wrong that despite him having paid recording and marketing costs, the record company still owned the master tapes.

The 42-year-old and his band have now released their eighth album, Home, on his own label, www.simplyred.com.

Referring to the EastWest deal, he told the Financial Times: "The contract was basically immoral.

"Like many artists, my deal meant I paid for the cost of recording the music. I paid for the marketing. And I didn't get any royalties until those costs had been incurred.

"But despite this the contract stated that the master recordings still belonged to the record company."

Hucknall, who has sold more than 40 million albums worldwide, added: "I don't know any other business where you pay for something and then someone else owns it."

At the same time he made about £20m in royalties, they say.

"Looking at numbers like that, it was a pretty easy decision to go alone," said co-manager Ian Grenfell.

Hucknall's decision to release an album on neither a major nor an independent label is being watched with interest in the record industry.

It is the first time an established artist has self-funded an album's marketing campaign to such a degree.

He and his managers have reportedly invested £3m in www.simplyred.com.

Hucknall's personal wealth is estimated at about £40m.

By releasing his own record he hopes to earn royalties up to 400% higher than on a standard record company contract.

Other artists such as Prince and George Michael have made unsuccessful attempts to break free from the music industry.

Michael lost his battle with Sony in the 1990s, and is expected to release his next album with Universal, the world's largest record company.

Prince ended up recording with Arista, part of the giant Bertelsmann group.