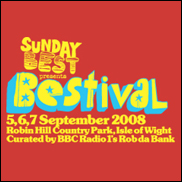 The festival organizers have joined forces to strengthen their position and to take on their bigger rivals. Their objective is to work together to help make events better for fans, greener and more cost-effective. The association launched with twelve festival organizers on the Board, with a second wave of festivals to be invited as members over the summer.

The association is the brainchild of Bestival promoter Rob da Bank, who said at the launch, "AIF has been a seed in my brain ever since we started Bestival five years ago, where we came up against so many issues, from where to source good toilets to stopping campsite theft, to being greener, saving money, and making our event as good as can be."

This development should also see the independent festivals able to hold off the two largest concert and tour promoters in the world Live Nation and AEG (Anschutz Entertainment Group) who are buying up many of the bigger festivals, and creating exclusion deals lasting up to a year, tying up not just headliners but also small, breaking bands and preventing them from playing smaller festivals.

With many festivals this year finding that the boom in festivals has slowed, and the number of festivals on the calendar reaching saturation point, some organizers have already had to rely on the help of other festivals to honor tickets, it would seem the time is right for the independent sector to band together.

Rob da Bank stated: "In the current very competitive, very intense climate, it's more crucial than ever to be able to bond together as like-minded independently spirited festivals to ride out the problems and make them all better for the paying customer."

One of the biggest festivals in the association is Creamfields, and their owner James Barton added, "There is a real opportunity to combine our spending power to deliver exciting business ideas. The smaller festivals are also often overlooked, and it's important we now have a voice to influence decisions being made that impact on our business."

All festival promoters included in the AIF Board were approached by the founders to join. The association will operate on an invite-only basis, only adding additional members who are selected by the board members. The selection criteria also stipulates that the promoter can't own more than two festivals in the UK.

The organization will also operate a Friends of AIF, in a similar style to Friends of AIM, opening the door to companies ranging from merchandisers to toilet providers who wish to communicate directly with owners.

The AIF will be chaired by AIM Chairman Alison Wenham who commented, "AIF will represent independent British Festivals, another great example of indie culture at work, requiring imagination and hard work. The synergies are undoubtedly there and we hope to provide AIF with a supportive and experienced environment in which they can develop the collective platform for the UK independent festival industry."

It is hoped that the new trade body will empower the indie festival community with a collective strength, and establish a forum for the exchange of knowledge and ideas. AIF will also enter into dialogue across the music business and government, and will consult on factors affecting the business, such as ticket touts, or organised crime. Plans are also in the works for collective marketing initiatives for its members.

The AIF has been set up as an inclusive organization for people who run their festivals for the love of it, and should appeal to independent spirited festivals. Rob da Bank said at the launch, "It's not an exclusive organization, its inclusive. It's for people who run a festival for the love, not the money." He added that, "Of the estimated 450 festivals in the UK, it would be relevant to about 435." –by CelebrityAccess Staff Writers