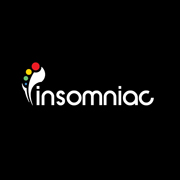 In an open letter posted on his Facebook page, Insomniac Events CEO Pasquale Rotella revealed plans to bring new editions of two of its current festivals, Beyond Wonderland and Nocturnal Wonderland to Nevada. However, unlike the Electric Daisy Carnival, which Insomniac moved from Los Angeles to Las Vegas in 2011, the company plans the new events as expansions rather than replacements.

The new festivals will also be staged in different venues than the Las Vegas Motor Speedway, which serves as a home for the EDC.

We have an amazing new venue to announce in Las Vegas (EDC is staying at Las Vegas Motor Speedway), but anything that takes place in this new venue will be in addition to — not in place of — anything that happens in SoCal,” Rotella wrote. “We are going to launch a Beyond and a Nocturnal Wonderland in Vegas. Of course we hope you can join us at all our shows, and, as always, we’ll continue to bring magical and memorable experiences to each and every venue!”

"San Manuel is a beautiful location, but it’s clear that it cannot handle our larger Insomniac festivals right now, including Beyond Wonderland. We always want to deliver a high quality experience, even after the music ends, and while we tried our best to accommodate the large crowds and handle the traffic issues, it’s just not working yet. Instead, I’m excited to announce that we are creating new, smaller all-campout events specifically tailored for San Manuel, which will mean better traffic and less logistical issues," Rotella wrote. – Staff Writers