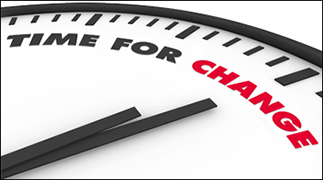 (Hypebot) – Many in the industry agree that digital copyright laws (DMCA), last updated in 1998, are antiquated. An unprecedented group of artists and music organizations has joined together demanding change. Unfortunately, their open letter to Congress is short on solutions.

180 songwriters and recording artists have joined together to send a message urging lawmakers to reform the Digital Millennium Copyright Act (DMCA). This open letter to Congress and ad campaign in The Hill, Politico and RollCall was signed by more than 180 music creators and 19 trade organizations and music companies.

According the letter, DMCA, which passed in 1998, has allowed technology companies to thrive while devastating the livelihoods of musicians and songwriters. The letter calls for Congress to "find a more equitable balance between the interests of music creators and the interests of the companies who use the DMCA to exploit music for their financial benefit."

"The current, dramatic imbalance in the law threatens the future of music and has started a groundswell in the creative music community," continues the letter.

Organized by Irving Azoff, the letter comes just as US House Judiciary Committee Chairman Bob Goodlatte (R-Va.) is slated to soon announce a framework for copyright reform legislation following three years of hearings and consultations. "This is just the beginning," said Azoff. "The entire industry is united and committed to pursuing a fair resolution. We are fighting for the future.”

Full text of the letter, and the the ad including everyone who signed on:

DEAR CONGRESS: THE DIGITAL MILLENNIUM COPYRIGHT ACT (DMCA) IS BROKEN AND NO LONGER WORKS FOR CREATORS

As songwriters and artists who are a vital contributing force to the U.S. and to American exports around the world, we are writing to express our concern about the ability of the next generation of creators to earn a living. The existing laws threaten the continued viability of songwriters and recording artists to survive from the creation of music. Aspiring creators shouldn’t have to decide between making music and making a living. Please protect them.

One of the biggest problems confronting songwriters and recording artists today is the Digital Millennium Copyright Act. This law was written and passed in an era that is technologically out-of-date compared to the era in which we live. It has allowed major tech companies to grow and generate huge profits by creating ease of use for consumers to carry almost every recorded song in history in their pocket via a smartphone, while songwriters’ and artists’ earnings continue to diminish. Music consumption has skyrocketed, but the monies earned by individual writers and artists for that consumption has plummeted.

The DMCA simply doesn’t work. It’s impossible for tens of thousands of individual songwriters and artists to muster the resources necessary to comply with its application. The tech companies who benefit from the DMCA today were not the intended protectorate when it was signed into law nearly two decades ago. We ask you to enact sensible reform that balances the interests of creators with the interests of the companies who exploit music for their financial enrichment. It’s only then that consumers will truly benefit.