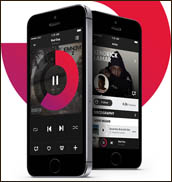 LOS ANGELES (Hypebot) – Yesterday we published a Bloomberg report that Beats Music added 1000 subscribers per day in its first month, and was converting 70% to paid when their free trial ran out. Is such a high conversion rate likely? And if so, how might other digital music services achieve it?

Conversion rates vary greatly depending on the product, its eventual cost and the source of the customers. As an example, GoToMyPC and GoToMeeting reportedly convert 40-45% of free trials to paying customers. Non-credit card trials, which many of Beats Music's offerings were, typically convert just 2% – 4%.

Beats Music's offering is different, particularly when compared to it's competitors

First, it's worth reminding that these numbers came from unnamed sources, albeit via a reliable news organization. The stats did not come from Beats, a privately held company with no obligation to share user numbers; and they have not commented on the Bloomberg report.

Next, these numbers – even if accurate – are very preliminary. Beats offered 30 to 90 day trials through different programs, and the service is less than 90 days old.

Users who signed up for Beats' free trial also knew that they were just days away from having to pay for the service. That's not true at Spotify, Rdio and most of Beats' competitors. Only Rhapsody does not offer a near-to-unlimited free music tier supported by advertising.

Or is it possible that a 70% conversion is the result of eager early adopters, and therefore unsustainable?

We may never know if Beats Music was actually converting 70% of trial sign-ups to paid users. But we should wait awhile longer before even trying to find out.