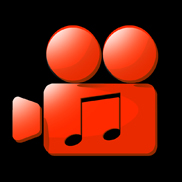 YOUTUBE(Hypebot) – Why was the music video born? The same reason bands trying to create a presence and fit in on Pintrest and use Facebook's timeline, music goes where the people are. If people like music, but aren't willing to trade the visual stimulant of sitting in front of the glowing box, then labels and bands needed to make their music visual.

I think the same is true today more than ever. People like music, but don't like it enough to pick it exclusively over time on the internet. The obvious answer is, "Why choose?" when you can listen to music and be online rambling through digital pages. Because as YouTube, Netflix, Hulu, and countless other video sites show with crazy stats, people still like watching something, they just do it on the computer rather than on the TV now. Bands and labels are still fighting for people's attention, and they're still needing to do so in a visual way.

The music video has fundamentally changed, though YouTube’s most popular music videos wouldn't seem to indicate that. The highest viewed and ones that top the chart are still full blown productions, similar to those in MTV's heyday. The long tail however, would show more than a few lyric videos where it's just the words layered over a picture of the band. It would also show live videos mostly synced up the words, and some of the most unconventional "music videos" you've ever seen.

More and more bands are using the medium to experiment with creativity. Similar to when you hear someone say that they really like so and so mostly because of the lyrics, or only because of the music. Now bands are adding a visual aspect to themselves, like doing tricks on treadmills and maximizing the experience. Mute Math is another band that has used the screen to display their creativity by performing and singing an entire song backwards which was then played in reverse in their video for "Typical".

As the traditional music video becomes less important, visual music becomes more important. Beating out Spotify plays and Facebook likes is the number of plays a song will get on YouTube. Gotye's song "Someone That I Used To Know" for example, has more than 220 million views. If you were thinking that putting some sort of visuals to your music wasn't important just because it won't be on TV, it's time to think again.