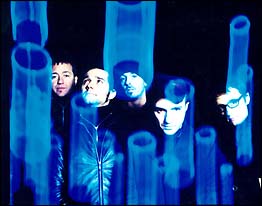 Three of the most popular Italian acts will play live at Midem, 21 January: Subsonica – MTV Europe Awards 2000 & 2002 Best Italian Act -, Carmen Consoli – powerful singer and guitar player -, and Tiromanciro – whose album is regarded as one of the major accomplishment of the new Italian rock.

The Italia "Wave” concert is organized by the Fondazione Arezzo Wave Italia, the IMAIE [Italian artists and interpreters rights defence agency] (main partner of the event) and the FIMI [Italian music industry federation] supporting the initiative: the main goal of the non-profit organization is to bring out, to enhance, and to export Italian music abroad through one of its departments called Italian Music Office, that avails itself of an international network with offices in Canada, Australia, Spain, France, and Holland, and of promotional initiatives such as Italia “Wave” at Midem.

Arezzo Wave is also a management company and the most important Italian festival of new Italian music, the Arezzo Love Festival.

Mauro Valenti, Managing Director, Fondazione Arezzo Wave Italia, says: "We chose to propose the Italia "Wave" night at the Midem 2003 because we believe it is the most suitable appointment to promote, at best, the Italian music proposals that already gathered the widest success in Italy.

I would like to stress the fact that this is the first time that our country officially organizes a full-dedicated night within the Midem program. A great effort from us with the goal – if the results are good – of doing even better next year, as we believe Italy has a lot to offer to the music world. We hope this will be the first step of a long path.

At Midem we will distribute, for free, a double CD compilation, the IMO 2003, with the best of Italian music. It will be an unforgettable night, from rock to the 'canzone', to dance, don't miss Italia Wave!"