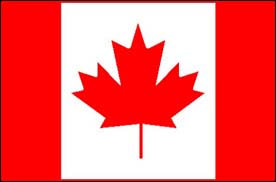 CANADA (CelebrityAccess MediaWire) — There were so many misleading articles by the media and bloggers last week regarding Canada's Copyright Board's decision On Oct. 18 to set license fees for the use of on-line music services for the years 1996-2006.

The Copyright Board released a portion of its decision governing MP3 music files and online services that offer music on demand. It did not release a decision on Internet radio broadcasts or the use of music on a personal or business website, yet.

Within hours of the decision, it was widely reported on the Internet (followed in the media) that the tariffs given to the Society of Composers, Authors and Music Publishers of Canada (SOCAN) are a tax intended to compensate artists (nope) for the loss of revenue from downloading (nope).

That it follows similar levies “that add 21 cents to the price of every blank CD sold in Canada.” (nope)

There was also the suggestion that publishers and composers would be “double-dipping” in the Internet revenue stream. (nope again).

Typical of the coverage was Vito Pilieci in the Ottawa Citizen reporting that, “The Copyright Board of Canada has approved new taxes on MP3 music files–at least for those that are downloaded legally.”

Perhaps, Canada’s media and music fans (well, at least bloggers) should better understand the dynamics of today’s music industry. They seem not to be aware that there are separate components battling against each others’
interests. Nor do they seem to grasp the concept that an entity should get paid in relation to the value they offer.

After being so media-bashed, SOCAN–as well as most other Canadian music industry associations–should consider recalibrating its PR to better combat such inaccurate assessments in the future.

The clock to control the spin on these stories starts on-line minutes after a decision is announced.

The Board’s decision followed public hearings in Hull, Quebec in April. Tariff 22 was first proposed and filed by SOCAN in 1996, and was again filed for each of the years 1997 to 2006.

A hearing took place in 1998 that determined certain legal and jurisdictions issues. Certain aspects of the Board’s decision were subsequently reviewed by the Federal Court of Appeal and the Supreme Court of Canada, resulting in a decision in 2004.

a.. Permanent downloads: 3.4% of the amounts paid by the consumer with a minimum fee of 1.7¢ per file in a bundle and 2.3¢ per file in all other cases;

b.. Limited downloads: 6.3% of the amounts paid by subscribers with a minimum fee of 60.9¢ per month, per subscriber, if portable downloads are allowed and 39.9¢ if not;

c.. On-demand stream: 7.6% of the amounts paid by subscribers with a minimum fee of 48.1¢ per month, per subscriber.

The Board also determined that the online service industry would benefit from a phase-in discount. A 10% discount will be applied to the rates for the duration of the tariff. The decision is retroactive to the launch of the digital services and will set the rate for the next few years until future copyright hearings are held.

"On behalf of our songwriter and music publisher members, we are encouraged by the Board's decision," says Paul Spurgeon, SOCAN's VP Legal Services & General Counsel. "While the rates are not exactly what we'd hoped for, they provide an excellent foundation for the management of performing rights royalties for online music use as the industry evolves in the future."

With 80,000 members, SOCAN is a Toronto-based copyright collective that administers the performing rights of its members—composers, lyricists, songwriters and their publishers—and those of affiliated international societies by licensing the use of their music in Canada.

SOCAN represents the founders of today’s music industry. The folks who sold sheet music to performers (and got directly paid) and who later negotiated rights of their music to be played in public, on radio and TV, and on recordings.

This SOCAN license amounts to about three cents on a 99-cent track. Record labels command the biggest slice of the Internet music revenue, at 50-60 per cent on many deals, while E-commerce costs (collected by credit card
companies) may run between 10 and 20 per cent of the sale price, depending on the number of tracks purchased in a transaction.

Fierce skirmishes have raged in recent years between the publishing and recording sectors over revenue of music downloads, ringtones (another appeal is underway this week), and over the licensing of recorded music.

The Canadian Record Industry Association, primarily representing major label interests, had in fact argued for a much lower rate for SOCAN, approx.
0.1%, in order to put the overall royalty rate in line with such other territories as the U.K. (8%), Japan (7.7%) and the U.S. (9.1%), as well as the royalty rate applicable on physical product in Canada.

In March, 2007 the Copyright Board announced its ruling on a proposed tariff by CMMRA/SODRAC Inc. (CSI) for the reproduction right use of music on the Internet. The Board ruled that with permanent downloads, 7.9% of the price of a song will go back to copyright holders. For downloads that require a subscription, and for on-demand streaming music, rates were set at 5.9% and 4.6% of the cost of a month’s subscription, respectively. Significantly, the Board made it clear that the on-line services must deal directly with to CSI for licensing their repertoire.

CSI–incorporated in 2002–is a joint venture of the Society for Reproduction Rights of Authors, Composers and Publishers in Canada (SODRAC) in Montreal, and The Canadian Musical Reproduction Rights Agency Ltd. (CMRRA) in Toronto. It claims to represent 1.1 million musical works from around the world.

The Board also significantly concluded that offering music previews constitutes fair dealing under Canadian copyright law as it can be characterized as
copying for the purpose of research. It noted that listening to an excerpt of a work is consumer research into whether they might like to purchase the song, concluding that:

"Generally speaking, users who listen to previews are entitled to avail themselves of section 29 of the Act, as are those who allow them to verify that they have or will purchase the track or album that they want or to permit them to view and sample what is available online."

On the issue of whether there can be liability when servers are located outside of Canada, the Board avoided reviewing what the Supreme Court of Canada has ruled but indicated that that there could be such a liability where there is a real and substantial connection. — Larry Leblanc