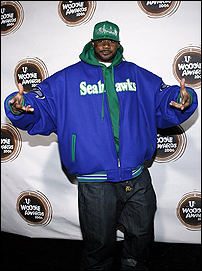 NEW YORK (CelebrityAccess MediaWire) — The Wu-Tang Clan have been forced to cancel a string of tour dates, apparently due to a disagreement between members of the iconic hip hop group.

Ghostface Killah's new solo album, Big Dough Rehab, was slated for release on Dec. 4th. Ghostface claims that someone in the "hierarchy" of Wu-Tang tried to get him to push his disk back in favor of Wu-Tang's forthcoming "8 Diagrams"

"I had December 4 for the longest but the Wu album, brothers was kinda late on doing whatever they were doing and pushed it back," Ghostface told MTV.

His anger seems directed at Steve Rifkin, CEO of Loud Records rather than the rest of the clan. "They trying to fuck around and make me push my album back and doing all this." Ghostface asserts. He also maintains that he has yet to be financially compensated for previous tourdates with Wu-Tang.

Ghost was quick to voice that his disagreement was not with the clan themselves, telling MTV that "You can put this in there, I'm not [mad at] all the members. It's not based on the members, but the hierarchy at Wu-Tang Clan is on some bullshit."

Whatever the case, the Wu-Tang tour has been pushed back til spring 2008 while Ghostface promotes his newest release.