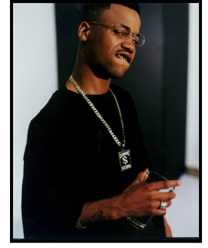 Ten minutes into New Orleans rapper Juvenile's set, Mose Burton of the Carl Perkins Civic Center in Jackson, Tenn., pulled the plug due to obscenity. "We do not usually have rap," Burton told the AP. "We haven't had one in 11 years. I said I'd try it if it is clean. I told them I would pull the plug if it wasn't. I take full responsibility."

The July 18 performance attracted about 500 people to see several acts headlined by Juvenile, who had agreed to do a "clean" show, and children were allowed in if accompanied by a parent. "When I came in from the office, it got really nasty," Burton said. "I told the sound man to cut the music, and we cleared the house. The show was over."