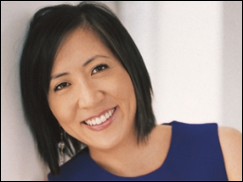 NEW YORK (VIP-NEWS) — Guggenheim Media today announced that Janice Min has been tapped to lead Billboard and The Hollywood Reporter as Co-President/Chief Creative Officer of the Entertainment Group of Guggenheim Media. In her expanded role, which is effective immediately, Min will be responsible for all editorial direction of the iconic entertainment and music brands.

Working parallel to Min, John Amato will lead business initiatives of both Billboard and The Hollywood Reporter as Co-President of the Entertainment Group, also effective immediately. Both Min and Amato will report directly to Todd Boehly, President of Guggenheim Partners and Chairman of Guggenheim Media.

Concurrently, Guggenheim Media announced that its Prometheus Global Media would be split into two operating entities: (1) the Entertainment Group, consisting of Billboard and The Hollywood Reporter; and (2) Adweek, CLIO Awards and the Film Expo Group.

Jeff Wilbur will, as President, head up the group consisting of AdwJanice Min to Head Billboardeek, CLIO Awards and the Film Expo Group. In that role, Wilbur will partner with the existing leadership to further strategic business initiatives that are currently underway. Wilbur, who most recently was the Chief Financial Officer of Prometheus Global Media, has held financial roles at Kayne Anderson and Guggenheim Partners, where he managed investments in the Guggenheim portfolio.

“We believe that this new structure will not only foster growth, but allow enhanced opportunities for advertisers, readers, viewers and/or audiences and, of course, our employees,” Boehly said. “We see significant growth potential beyond our current platforms. The new structure will also allow synergies within each of these two new organizations which will foster growth and enhanced opportunities for each of our constituencies.”