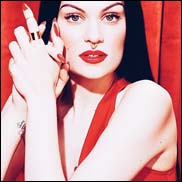 The "Bang Bang" singer was slated for shows in Melbourne, Adelaide and Perth
Jessie J has left some of her fans disappointed after she called off her Australian tour.

The Bang Bang singer was due to perform in Melbourne (March 17), Adelaide (March 18) and Perth (March 20) on the Australian leg of her Sweet Talker tour, but has cancelled the remaining dates citing “sudden illness”.

"It is with great disappointment that Frontier Touring advise that the remaining Jessie J tour dates in Melbourne, Adelaide and Perth have been cancelled due to illness. This news follows the two acclaimed performances Jessie J played in Brisbane and Sydney over the weekend," said a statement from the tour promoter Frontier Touring.

“Due to sudden illness I have unfortunately been medically advised to cancel my three remaining shows in Australia, so I can give myself time to rest and get better,” she said in a statement released by Frontier Touring.
“I am extremely sorry for any inconvenience this may cause my fans in Melbourne, Perth and Adelaide.

“If I could magic myself better and be there I would. I can’t wait to perform for you all in the future. Thank you for your support." The artist added in the statement.

The next date on the books for Jessie J is an April 29th gig at Webster Hall in New York. – Staff Writers