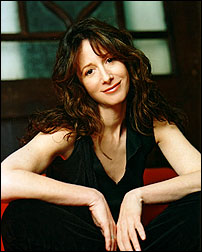 In her new position, Gerson will continue to develop, nurture and sign talent to EMI Music Publishing as well as to run the West Coast operations of the company. She will continue to be based in Los Angeles.

While at EMI, Gerson has signed and developed some of the music industry’s most successful songwriters and artists including Enrique Iglesias, Alicia Keys, Dallas Austin, Jermaine Dupri, Arrested Development, Deborah Cox, Blackground Entertainment (Aaliyah), T-Boz (TLC), and Luscious Jackson among others.

In making the appointment, EMI Music Publishing Chairman/CEO Martin Bandier said, "In the many years we have worked together, Jody has consistently impressed me with her creative ability and business acumen and I am proud to promote her to a role which reflect her achievements. I know Jody will bring her unique insight, enthusiasm and experience to her new position.”