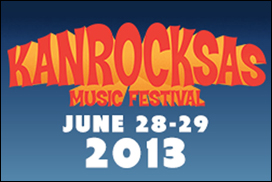 KANSAS CITY (CelebrityAccess MediaWire) — The 2013 Kanrocksas Music Festival, which was set for June 28 & 29 at the Kansas Speedway has been canceled.

In a spartan post on the festival's website, event organizers cite insufficient ticket sales as the reason for the cancelation and stated that there are no plans to reschedule the event. Ticketholders were reportedly notified on May 28th with information regarding refunds.

The festival, which launched in 2011 with headliners such as Eminem, The Flaming Lips, Muse, The Black Keys, drew an estimated 50,000 music fans over the course of two days, but was not financially sucessful.

The festival went on hiatus in 2012 for reorganization, but in January, festival organizers announced their initial lineup for 2013, including The Avett Brothers, Kendrick Lamar and Tiesto.

“This is a good taste of our direction and where we’re headed and what we’re shooting for,” Festival organizer Bill Brandmeyer told the Kansas City Star in March. “We’ve targeted three genres: electronic/DJ; hip-hop; and about 55 to 60 percent of the lineup will focus on alternative rock.”

However, festival organizers were unable to bolster their lineup with additional acts that would drive ticket sales, including Mumford & Sons and the Lumineers, both of whom are playing in Kansas City at the Cricket Wireless Amphitheater in June.

The official decision to pull the plug on the festival came on May 28th.

"Sincere thanks from our entire event staff to those who supported the festival in 2011 and with advance tickets this year," a post on the festival's website read. – CelebrityAccess Staff Writers