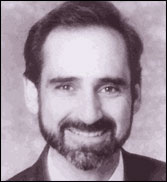 (CelebrityAccess MediaWire) — Warner/Chappell Chairman and CEO Les Bider has decided to step down following the appointment of a successor and a transition period. A successor to Bider will be announced at a later date. Bider has been chairman of Warner/Chappell, the music-publishing arm of Warner Music Group, since the 1987 merger of Warner Bros. Music with Chappell Music.

"Les has been at WMG since the creation of its publishing division, providing strong and steady leadership for more than two decades," said Edgar Bronfman, Jr., WMG's chairman and CEO. " During that time, he's presided over that division's growth from a $30 million a year operation to a business generating in excess of a half-billion dollars. He's brought a vision to the business and a passion for the music that has taken Warner/Chappell to the very top of the music publishing industry. We will miss his presence and his leadership and wish for him continued great success."

"After 25 rewarding years running Warner Music's music publishing division said Bider, "I have elected not to extend my agreement when it expires at the end of the year. I wanted to make my intentions known this early in order to ensure a smooth leadership transition. I intend to work closely with my successor to help create a seamless passing of the baton and to do everything I can to ensure the continued prosperity of a company I have known and loved for the past quarter-century."

Bider's music-business career began after he launched his own CPA firm in 1975 with an extensive entertainment-business clientele. That led to his being named chief financial officer of Warner Bros. Music in 1981. Two years later he added the title of chief operating officer. In 1987, Bider played a significant role in the merger of Warner Bros. Music and the Chappell and Intersong Music Group, which created Warner/Chappell Music, Inc. He was named chief executive officer of the new company and the following year added the title of chairman.

During his years with the company, Bider steered the publishing division into significant profitability, overseeing Warner/Chappell's worldwide operations. Not only did he engineer the acquisition of Chappell, Intersong Music, Mighty Three Music and music education company CPP/Belwin, but he also signed a record-breaking publishing deal with Elton John and Bernie Taupin. During his tenure, Warner/Chappell's roster of artists came to read like a Who's Who of contemporary music, including Madonna, Dido, Radiohead, Sheryl Crow, Nickelback, Dr. Dre, Missy Elliott and others. In total, Warner/Chappell controls publishing rights to more than a million copyrights in a broad array of musical genres. –Bob Grossweiner and Jane Cohen