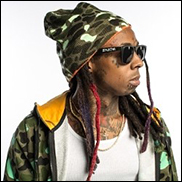 CHICAGO (CelebrityAccess) — Rapper Lil Wayne was forced to cancel a concert in Las Vegas on Sunday night after he was hospitalized in Chicago after suffering a series of seizures.

"Due to unforeseen circumstances Lil Wayne will be canceling his previously scheduled performance," Drai's nightclub, the Las Vegas venue affected by the cancellation said in a statement on Sunday. "Our priority is the health and well-being of our artists. Everyone at Drai's wishes Lil Wayne a speedy recovery during this time."

According to Reuters, Wayne was discovered unconscious in a hotel room in Chicago on Sunday and transported to an area hospital where he suffered another minor seizure.

Wayne has been affected by seizures in the past, most visibly in 2016 after his private jet was forced to make an emergency landing in Omaha, Nebraska after suffering a seizure in mid-air. Wayne previously diclosed that he suffers from epilepsy.

"The thing is, man, the bad news is, I'm an epileptic, I'm prone to seizures," Lil Wayne told Los Angeles-based radio station Power 106. "This isn't my first, second, third, fourth, fifth, sixth, seventh seizure. I've had a bunch of seizures; y'all just never hear about them. This time it got real bad because I had three of 'em in a row, and on the third one, my heart rate went down to, like, 30 percent. Basically, I could've died. So, that's why it was so serious."