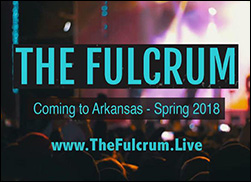 LITTLE ROCK, Ark. (CelebrityAccess) — The organizer of a new music festival in Arkansas is drawing scrutiny after hinting at a potential lineup for the event that appears to be far from confirmed.

The social media page of the Fulcrum Festival lists artists such as Kelly Clarkson, The Roots, Migos, Solange, Jessie J, Bryson Tiller and Joe Jonas as potential performers for the event and says they are letting fans vote to pick who performs, but, according to the Arkansas Democrat-Gazette, some of those artists say there have been no discussions about the festival.

Festival organizer Cliff Aaron told the Democrat-Gazette that he has verbal confirmations from the management for each of the artists, however, some of the artists don't seem to be on the same page.

A rep for rapper Lil Uzi Vert told the Democrat-Gazette that he is “not committed to this festival.”

As well, a spokesman for late night talk show host Jimmy Fallon, who has been listed as a potential host for the event, said that Fallon is not confirmed for the festival and had not been in negotiations to host the fest.

Aaron said that the festival would announce its bill on December 1st, with ticket sales to soon. The festival is scheduled for March 17th at War Memorial Stadium in Little Rock.