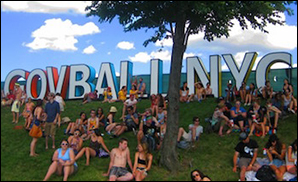 
Governors Ball, held annually each June on Randalls Island, enjoyed its biggest year yet in 2015, drawing about 150,000 in aggregate. The majority stake in Founders is a critically important play for Live Nation, both in the Northeastern U.S., and in the overall festival scene in America. The sixth Governors Ball is set for June 3-5, with Kanye West, The Killers and The Strokes headlining. Founders partner Jordan Wolowitz could not be reached for comment.


In what most would view as an unlikely turn of events, Randall’s Island is now the front line in a fierce battle between Live Nation and AEG Live over the New York festival market, with the latter announcing earlier this year that it would launch its own festival on Randall’s Island with Panorama, scheduled July 22-24. In launching Governors Ball, Founders was the first promoter to crack the code of producing a major rock festival in New York, with the festival hosting top-tier acts and posting consistent growth in box office.


Founders has been independent in producing Governors Ball, but the firm does have a history with Live Nation, with the two partnering last year in Farmborough, the city’s first country music festival. Though it drew about 40,000, word came earlier this year that Farmborough would not return in 2016. –According to Billboard.com