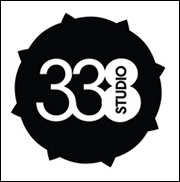 LONDON (CelebrityAccess) — London dance club Studio 338 announced plans to re-open, at least partially, following a deadly fire at the venue earlier this month that resulted in the death of a staff member.

In a post on their Facebook page, a rep for the venue said that the club had launched a Kickstarter campaign to help speed the process, with plans to re-open the club's large terrace area "in just a few short months."

"Obviously, the past few weeks have been some of the hardest of my life so far. Anyone who knows me and the team here will be aware that getting Studio 338 to where it was before the fire took a huge amount of passion and hard work so to watch it burn down just a few weeks after we had finally installed the long awaited glass roof was almost too much to bear," club Music and Events Director Dan Perrin said.

In addition to the Kickstarter, the venue is also staging Sankeys Ibiza at KOKO on the September 17 to help raise money both for the re-opening and for the family of the staff member who perished in the blaze.

The club's spokesman also teased a new club project from the Studio 338 team set to open in East London, adding that more information about said project will be released next week. – Staff Writers