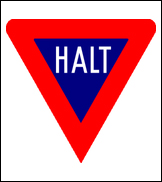 (Hypebot) – Publishers have expressed their increasing intent to bypass ASCAP and BMI to cut direct deals with digital music services. Now organizations representing a broad spectrum of songwriters are questioning the deals. Notably absent from the signatories to their open letter is the North American Publishers Association.

Here is the full text of the open letter to the music public community. [We've added bold for emphasis.]:

To the American Music Publishing Community,

We are an international alliance of songwriter and composer organizations representing tens of thousands of music creators throughout the world, many of whom have created musical works in which you claim rights. We recently reached out to your trade organization, the National Music Publishers Association (NMPA), hoping the Association would agree to have a discussion with us regarding unilateral withdrawal by publishers of rights and repertoire from the performing rights organizations ASCAP and BMI.

While the discussion we requested was well within the bounds of applicable competition laws, the response we received from the NMPA was disappointing. In a letter from NMPA’s General Counsel, we were told that the talks we were seeking would be “inappropriate” and would “prove fruitless”. Because we believe there is still much to be gained from an open dialogue with publishers, we are reaching out to each of you directly seeking immediate discussion between our communities.

It is a matter of public record that some music publishers have announced they are considering withdrawing rights and repertoire from ASCAP and BMI, and licensing those rights directly to users. These statements assume that publishers possess the legal authority to make such a unilateral withdrawal of works and rights on behalf of music creators and their families, without exception. We disagree.

While our organisations support the exploration of all opportunities that might increase royalty rates for music creators and publishers, we feel strongly that the songwriters, composers and others we represent maintain their right to decide who collects and administers performing rights royalties on their behalf. Further, we feel that any direct performance licenses negotiated by publishers require complete transparency concerning both the full terms of any direct licensing arrangement, and complete information necessary to determine the royalties each music creator is owed.

Again, we are reaching out to discuss how we can work together for our mutual benefit. As an interim step, however, to preserve the rights of the songwriters, composers and heirs that we represent, this letter shall serve as formal notification on their behalf that each reserves the right to oppose any claims relating to alleged publisher authority to unilaterally withdraw rights and repertoire from the PROs, unless such reservations are specifically waived in writing by an individual creator. In no event should silence by any music creator represented by the members of this alliance be construed as acquiescence or waiver.