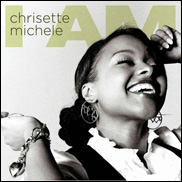 NEW YORK (CelebrityAccess MediaWire) – Multiple sources are reporting Grammy nominated R&B singer Chrisette Michele is caught in the middle of a multi-million dollar lawsuit between her former manager and her new record label.

Douglas "Biggs" Ellison, CEO of Four Kings Productions Inc, who formerly represented the star, claims that Island Def Jam Music Group 'stole' the singer from his books. Ellison blames the star's parents – Lynette and Lemuel Payne – for the move, claiming they conspired with the Island Def Jam Music Group A&R department to break the artist's exclusive contract with Four Kings Productions. In September 2005, Four Kings Ltd entered into an agreement with Def Jam to produce several songs which later appeared on Michele's 2007 debut album, I Am.
It was after this collaboration that Michele, 25, filed a lawsuit in 2007 claiming that Ellison had embezzled money from her Def Jam contract and also accused the production company boss of harassment.

This was later withdrawn from her lawsuit against Ellison, who now claims that the allegations have severely damaged his reputation in the music industry after the reports went to press. The management CEO has previously counter-sued Michele for breach of contract.

He says, "As soon as the artist's mother saw that Chrisette was receiving money, Lynette Payne quit her job as a teacher and, in willful disregard of the artist's contractual obligations to Four Kings, usurped management functions regarding her daughter's newly found success, in an effort to keep the money in the family." A representative for the R&B singer says, "(We are hoping the lawsuit does not) sidetrack Ms. Michele from the long and successful career that Mr. Ellison predicts is certain to be ahead for the incredibly talented Ms. Michele." Michele – who has previously collaborated with hip-hop hitmakers Jay-Z and Nas – is nominated in the Best R&B Vocal Performance category at next month's Grammys for her song If I Had My Way.