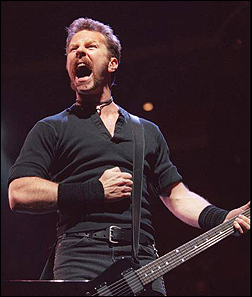 Metallica is Europe bound in late spring and summer for a string of festival dates beginning June 6 at Germany's Rock Im Park. Other German festivals include Rock Am Ring and Werchter Rock Festival. The rockers will also play festivals in Italy, Denmark and the UK.

This will be the first Metallica tour since bassist Jason Newsted left the group. For their new album, producer Bob Rock has been playing bass, but a permanent replacement has not been found yet.