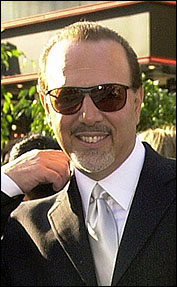 When Tommy Mottola resigned as chief executive at Sony Music Enterprises in early January, it was announced that he would start his own record label in partnership with Sony. However, three months later, the contract has not been signed and there are indications that Mottola has been in talks with Doug Morris at the Universal Music Group. The New York Times reports that Mottola cannot sign with Universal until talks with Sony had ended.

The paper noted an unidentified source that said, "Mottola's delay in signing a deal with Sony was a reflection of the current slump in the music business that has left companies reluctant to commit new capital to expensive business ventures."

"The music business is falling so much that you have accomplished label heads reporting falling sales, so here comes Tommy Mottola, who ran Sony when it was doing badly. What is the incentive to give him money in a deal?"