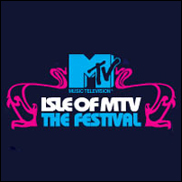 
The so-called "Isle of MTV" concert will occur in June 2008, and the Malta Tourism Authority will host a three-day music festival leading up to the MTV event. The line-up of talent will be announced in the coming months.


The Isle of MTV builds upon previous concerts staged by MTV in the country. Last summer Akon, Maroon 5 and Enrique Iglesias played at Il-Fosos Square in an open-air concert that attracted 50,000 people.


"The fusion of Malta and MTV produced an incredible feeling for the thousands who attended last year," says Francis Zammit Dimech, Malta's minister for tourism and culture. "We want to share the magic with more visitors."
– According to Billboard