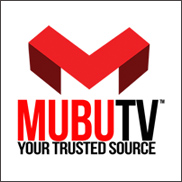 The series features exclusive interviews with some of the leading figures in the international music scene today and will focus on a range of relevant to the industry today, including marketing, branding, music publishing, artist booking agencies, artist management and what it means to be an indie artist in today's music business.

The new season of MUBUTV Insider premiered on August 15th and they plan to release a new interview for the series on a bi-weekly schedule.

For more information, or to view the interviews, check them out online at MUBUTV.com. – Staff Writers