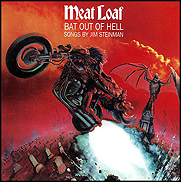 MUFREESBORO, TN (CelebrityAccess MediaWire) — Steve Popovich, a veteran music industry executive who played a key role in the careers of artists ranging from Meat Loaf to the Jackson 5 died Wednesday morning of unknown causes, the Cleveland Plain Dealer reported. He was 68.

A native of Nemacolin, Pa., Popovich relocated to Cleveland as a teenager and tried his hand as a musician, playing bass for the band The Twilighters. He also worked at Columbia Records in their warehouse, before working his way into the promotions department and eventually becoming VP of promotions at the label's parent, CBS Records at the tender age of 26.

In 1976, Popovich moved to Epic Records, where he served as the VP of A&R. While at Epic, he was instrumental in signing artists such as Jaco Pastorius, Cheap Trick, Boston, Ted Nugent and The Jackson 5.

Then, in 1977, Popovich launched Cleveland International Records where the label's first single was "Say Goodbye to Hollywood", Ronnie Spector & The E Street Band.

Popovich was one of the first music execs to see potential in Meatloaf. His album "Bat Out Of Hell" had been passed over by every major label, but Popovich released it on Cleveland International in 1977 and after a year of promotional effort, it proved to be a hit. The album, which featured the single "Two Out of Three Ain't Bad," went on to sell more than 43 million units worldwide, making it the 5th best-selling album in history.

Popovich moved to Nashville in 1986, to take a position as Senior VP at Polygram, where he worked with artists such as Johnny Cash, Kris Kristofferson, Carl Perkins and Kathy Mattea, but eventually returned to Cleveland to run Cleveland International Records.

In recent years, Popovich moved to Mufreesboro, Tennessee to be near his son's family. He was survived by his sister, his son and daughter, and two grandchildren, the Cleveland Plain Dealer said.

"My dad didn’t get into the music business for the money or the fashion, obviously," Steve Popovich Jr. told the Plain Dealer. "He was in it because he was a fan of music and had an undeniable passion for a lot of genres." – CelebrityAccess Staff Writers