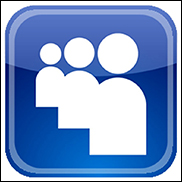 NEW YORK (Hypebot) – Although its glory days seem long passed, MySpace was once again in the news after being purchased, as part of a larger package deal, by the company Time Inc., although the site's future remains uncertain.


MySpace is back in the news again, this time because it's just a small piece of a bigger deal where its parent company has been purchased by big media player Time Inc.


The company was just one of the companies owned by Viant, which is a big player in online ads. Viant also owns the Specific Media ad network and what it calls an "advertising cloud" that's said to connect to more than 1 billion registered users.


There's no word yet on what Time intends to do with MySpace, but despite its long fall from social grace, it still racks up 10's of millions of viewers each month.


If you recall, MySpace was bought by at its peak as a music site for $580 million by Rupert Murdoch's News Corp back in 2005, after which it shed users by the millions. Viant and Justin Timberlake (among other investors) purchased the company in 2011 for a mere $35 million, and tried to revitalize the site, but it never gained traction again.


The platform also proved to be a cautionary tale regarding trusting your user data to a social site, when users woke up one morning in June of 2013 to find their followers reset to 0 after the MySpace relaunch.