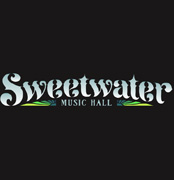 MILLS VALLEY, CA (CelebrityAccess MediaWire) — The ghost of the iconic Sweetwater Saloon is being invoked in a new venue, The Sweetwater Music Hall, which is set to open this month in Mill Valley.

Located at 19 Corte Madera Ave in a remodeled former Masonic Lodge, the Sweetwater Music Hall will seek to present both local and nationally touring artists as well as provide sumptuary fare from an onsite, full-service restaurant.

"For years, Sweetwater was the place many of us local and visiting musicians headed to when we were looking to play for fun," former Grateful Dead guitarist Bob Weir, an investor in the venue told the Marin Independent Journal. "Well, our clubhouse is back — and it belongs to all of us. Woo-hoo — Mill Valley finally has its playpen back!"

The original Sweetwater, run for 30 years by Jeanie Patterson, boasted a history of performances by artists such as John Lee Hooker, Bonnie Raitt, Elvis Costello and Carlos Santana. The Saloon closed in 2007 after the building's owners declined to renew the club's lease following a renovation.

The Sweetwater is set for a "soft opening" on Jan. 27 with a gig by southern rockers The Outlaws, followed by dates with Steve Kimock and Mark Karan and Rhythmtown-Jive with guest Bonnie Hayes. Sweetwater Music Hall tickets are available at http://sweetwatermusic hall.inticketing.com. – CelebrityAccess Staff Writers