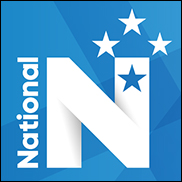 AUCKLAND, NZ (CelebrityAccess) — A publishing company has won a lawsuit against New Zealand’s center-right National party after he claimed they violated his copyright when they used song very similar to his his hit “Lose Yourself” in a 2014 election campaign advertisement.

According to a press release from the High Court of New Zealand, the New Zealand National Party must pay the equivalent of almost $413,000 for copyright infringement.

The ad, "Eminem Esque" was featured in prominently in advertisements for the party played on television, and the Internet, as well as at a party conference ahead of the 2014 election, prompting Detroit based Eight Mile Style, the publishing company which holds the copyright to Em's hit "Lose Yourself," to file suit.

The court ruled on Oct. 25th that the track was “sufficiently similar” to Eminem’s original song and that it impinged on copyright.

“The differences between the two works are minimal; the close similarities and the indiscernible differences in drum beat, the ‘melodic line’ and the piano figures make ‘Eminem Esque’ strikingly similar to ‘Lose Yourself,’” the ruling reads in part.

A rep for Eminem noted that the rapper himself was not behind the suit.

“Eminem was not a party to this lawsuit nor was he consulted regarding the case,” a rep for the rapper told Variety “Any monetary settlement he receives from it will be donated to hurricane relief. He encourages the plaintiffs, 8 Mile Style, to do the same.”