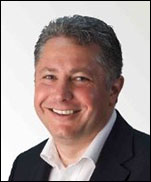 Waight will join the team at AECC in April, ahead of its move to a new arena at the AECC. When it opens in 2019, Waight will replace the AECC's current chief executive Adrian Hunter.

Waight's curricula vitae includes stints as the former chief executive of The Convention Centre Dublin, where he helped to oversee the design construction and ultimately the operation of the venue.

He also oversaw the opening of The Vox, a new £10 million conference facility at Resorts World Birmingham.

“I am thrilled to be joining SMG Europe at this exciting time in its development," Waight said of his new post. “I am very grateful to John Sharkey for giving me this opportunity and look forward to taking up the new role in April when it will be a privilege to lead the team at the AECC both at the existing venue and transitioning into the fantastic new facility in 2019.”