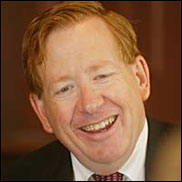 CARMEL, IN (CelebrityAccess MediaWire) — According to Carmel, Indiana, Mayor Jim Brainard, there will be no pot-smoking, partying rock’n’roll fans attending the planned Performing Arts Center.

“This is a very, very specific type of venue target toward a Carmel market,” Brainard said. “We’re not going to have Deadheads or drugs here. This will be a true concert hall.”

The classical-music-loving mayor was doing his best to assure the residents who have some concerns about what kind of musical acts the city’s $80 million, 1,600-seat venue would host.

Brainard told the Indianapolis Star that the Carmel Performing Arts Center would not have the arrests and drug problems that have occurred at the nearby Verizon Wireless Music Center.

Some residents worry the city won’t be able to find enough classical music groups and theater acts to use the center regularly.

“The pressure will be on to get attendance up and get a lot of people to visit Carmel, and I’m worried that could turn into one rock concert or 20 rock concerts a year,” local resident Jim Kuszewski said during a redevelopment commission meeting. “I’d like a better feel for what kind of events are foreseen in this auditorium.”

The volunteer-based Carmel Symphony Orchestra would be the concert hall’s primary performance group. Carmel Community Players, a theater group, and a number of other local performance groups also would use the facility. The higher profile Indianapolis Symphony Orchestra has committed to play four to six concerts in the facility during its first year, according to the paper. The venue is also expected to draw a number of touring acts.

“We’re told by consultants that have studied and built these halls all over the world that this is an extremely high projected utilization rate for the first year,” Brainard said. “I stake just about everything I know on the fact that this will be a good investment for our city.” –by CelebrityAccess Staff Writers