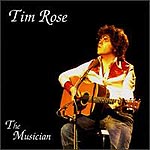 Singer/songwriter Tim Rose died September 24 in London of complications from surgery for intestinal cancer at age 62. His best known song "Morning Dew" became a chestnut for the Grateful Dead and was covered by many artists over the years. His interpretation of "Hey Joe" from his debut album has been credited with influencing Jimi Hendrix's inspired version. Rose was originally in the trio Big Three with Cass Elliott, who later was in The Mamas and The Papas. He then became a folk artist.

The 30-year-old suffered from heart failure caused by cardiomyopathy, a disease in which areas of heart muscle enlarge and thicken, an autopsy released Thursday concluded.

While toxicology reports showed Williams had insignificant amounts of alcohol and prescription medication in his system, they were not a factor in his death, said Sgt. Kim Chinn, spokeswoman for the Prince William Police Department.

Drowning Pool had been touring as part of Ozzy Osbourne's Ozzfest and was scheduled to perform the following day.

Williams' bandmates left their tour bus Aug. 14 to check into the Holiday Inn off Interstate 66 just outside Manassas. When Williams didn't follow, they returned to the bus and found him dead in his bunk.

Drowning Pool formed in Dallas in the late 1990s and took its name from a 1975 Paul Newman movie of the same name.