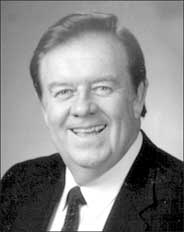 Robert Leonard, one of the creators behind Ticketmaster, died March 12 in San Diego, Calif. He was 70.

According to his family, Leonard apparently suffered a heart attack on his way to a seminar at San Diego State University's Entrepreneurial Management Center, the
New York Times reports.

Ticketmaster was founded in 1980 in Phoenix where Leonard teamed with a bunch of college students and contributed his professional computer skills and
management expertise to their ideas for an advanced box office system.

Ticketmaster created a niche for itself by automating box offices and selling tickets to events that did not have their own outlets. In 1990 it acquired Ticketron and expanded into Europe with the opening of a London office.

Ticketmaster went public in 1996 and was recently bought by USA Interactive. After going public, Leonard stepped down as a senior executive but remained a consultant until December 2002.

Grand Ole Opry star "Jumpin' Bill" Carlisle, died March 17 at his home from complications of a stroke he suffered on March 12. He was 94.

The singer-guitarist, who got his nickname by leaping into the air while performing, quit performing last month. He was the Opry's oldest performer.

Carlisle was inducted into the Country Music Hall of Fame in November.

Henry Droz, considered the architect of modern music distribution, died of a heart attack on March 27. He was 76. Most recently, Droz was chairman of Universal Music & Video Distribution.

Droz joined UMVD as president in 1996. He was named chairman in 1999 and retired in 2000. Prior to joining UMVD, Droz was president and CEO of WEA Distribution for 16 years.

"Henry was a very special person — a tremendous record executive, a true gentleman and a great friend," said Doug Morris, chairman and CEO of Universal Music Group and a longtime friend of Droz. "He was truly a unique individual who balanced his wisdom and business sense with passion, humor, kindness and grace. There are no words to describe the loss we all feel."