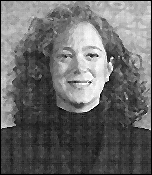 Simma Levine has joined On The Road, a wholly owned subsidiary of Richard Frankel Productions, as Director of Tour Management, where she will oversee the national tours of Hairspray, The Producers and Movin’ Out. She is based in New York City and has been since November.

Levine was recently with Agency for the Performing Arts (APA) in Los Angeles. She was responsible for Corporate and Performing Arts Center bookings as well as talent clients for touring theatrical properties, working with such artists as Christine Ebersole and Robert Goulet. Previously, she was a Vice President with Disson Furst and Partners, a sponsorship and event management that created and managed programs for corporations in sports and entertainment. Formerly with Columbia Artists Management (CAMI), Levine was responsible for the booking and management of touring theatrical projects and events across North America, including the national tours of such award winning shows as Cats, Chicago, Grease and Stomp. She has also advised clients on programming and subscription planning, marketing, audience development, fundraising and business trends

She has more than 15 years experience in the entertainment industry, ranging from music and theatre to film and television. As a consultant, she developed and executed campaigns for feature films and personalities, working with such companies as MGM and PMK, as well as talent procurement for NBC’s Katarina Witt’s Diva’s on Ice and Star Skates series. She began her career with the William Morris Agency.

Levine is a graduate of McGill University in Montreal, where she earned her BA in Economics and Management.