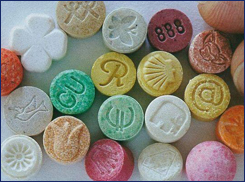 LONDON (CelebrityAccess) — The Loop, a UK-based non-profit organization announced that they will provide drug testing tents at 10 major music festivals in the country this year.

The program will allow festival-goers to take their drugs to an on-site tent to be tested for purity and is intended as a harm reduction method, helping people to avoid overdoses and unwanted adulterants.

Backed by UK's National Police Chiefs Council, the testing will be available at a number of major events, including the Reading and Leeds festivals, Latitude, V Festival and Wireless.

The drug testing rollout comes in the wake of a rising number of drug-related deaths at festivals in the country in recent years, including the deaths of three teenagers last year.

According to the Telegraph, the National Police Chiefs Council is working on developing guidelines for similar testing services at nightclubs around the country.

Anti-drug advocates have taken issue with the plan, suggesting that the testing scheme is essentially a tacit approval of drug consumption.

David Raynes of the National Drug Prevention Alliance, told the Telegraph: "I do not think senior police officers have thought this through with the clarity that the public deserve.

"This will simply normalize drug taking amongst the young and will reinforce the attitude that taking drugs is an integral part of the festival experience, which it is not." – Staff Writers