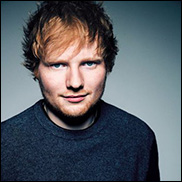 (Hypebot) – Despite its dominance among consumers, there remains a commonly held belief among some in the music industry that streaming is evil since it earns artists such a small financial reward. But some recent numbers for Ed Sheeran tell a different story, with the superstar's hit single raking in significant cash.

There are still many artists and musicians that believe that streaming music is the devil, even worse than piracy. The idea is that since the payout for each stream is so small, an artist is just not capable of generating any serious income online. Ed Sheeran’s “Shape Of You” might change your mind about that, as it’s generating some serious cash for the superstar.

“Shape Of You” is now the most streamed song ever on Spotify at 1.318 billion plays (as of last week). Considering that Spotify’s average payout per stream is now $0.005, the song has generated about $6.6 million. That’s not the big news though, it’s been estimated that his entire catalog has now generated over $50 million. Keep in mind that’s just from Spotify, and doesn’t include revenue from Apple Music, Amazon, Tidal, Deezer, or any of the other streaming networks.

One thing about streaming is that the artist gets paid for every song streamed forever, unlike radio, where the artist NEVER gets paid (songwriters do though). It may not be much, but at least streaming pays something. And it can add up.

Like radio, where the more airplay you get the bigger the hit, the more streams you get the better. The only thing that’s changed is the scale, and that’s what many in the music business don’t understand. Where in the past, a million of anything was a lot, in our new digital world that number hardly creates a ripple. You get some industry interest at around 10 million views or streams, a minor hit at around 50 million, and a true hit at 100 million. Major hits are in the mid-100 millions, and of course, a big hit like Ed Sheeran’s “Shape Of Your” or The Chainsmoker’s “Closer” now can top 1 billion.