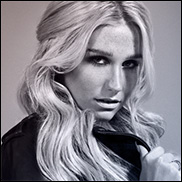 (Hypebot) – Ke$ha's decision to drop her California lawsuit in order to continue making music does not indicate that her allegations were in any way false, as she continues to pursue said claims via the New York court system, meanwhile the lawsuit does serve to highlight many problems within the music industry.

Last week, Rolling Stone reported that Kesha had dropped her California lawsuit against her producer, Dr. Luke. The dismissal ended a harrowing twenty-month litigation that attracted considerable social media attention and changed the lives of the litigants involved. For now, it seems, Kesha will continue to perform under the production agreement that she sought to terminate due to Luke’s alleged physical, emotional, and sexual abuse.

It would be foolish to necessarily infer Kesha’s actions as an indication that her allegations were false—especially since Kesha continues to pursue her abuse claims in the New York courts. Instead, her decision was likely the product of the legal environment in which she sought vindication, and the ruthless industry in which she sought to make a living. Every day Kesha spent slogging through our country’s glacier-like civil litigation system was one less day spent furthering her career. Losing two years of her musicmaking prime in a short-shelf-life business was likely all she could afford. And faced with the Hobson’s choice of creating with her enemy (and possible abuser) or likely never creating again, she begrudgingly chose creation.

For those seeking even the thinnest of silver linings in this painful saga, this case has increased public awareness of the issues of sexual abuse in the entertainment industry and the power imbalances that performers (particularly female performers) endure while pursuing their passion. And it has been an unexpected blessing that this case inspired so many music fans (and more than a few music superstars) to speak out on social media about these very real problems.

There is a lot of discussion to be had about how we can make the music industry a better place for artists. The Kesha-Dr. Luke case provides many instructive lessons for that discussion. And for those looking for ways to reduce these instances of abuse, absorbing those lessons is critical. If this case makes you angry as an artist or a music fan, you should consider directing some of that anger toward the instrument that allows much of this abuse to exist in the first place: the exclusive recording agreement.

Exclusive recording agreements are a staple of the music industry. They often come in the form of record deals with major labels, though artists can have them with producers as well. The contract Kesha sought to terminate with Dr. Luke is an example of the latter. I frequently review these agreements for clients in my legal practice, and I have yet to read one that I would advise a client to sign.

These deals are filled with plenty of objectionable provisions: the royalty rates are often insultingly low and the artist almost always has no rights over the music they create. But the biggest problem with them is that their “exclusive” nature forces the artist to record only with the label/producer. The agreement grinds on for multiple albums and the label/producer has full authority over when and how each album gets recorded. The artist has no control in the relationship, creating the potential for abuse. And when the artist-label or artist-producer relationship in an exclusive agreement becomes toxic (as it so often does), the artist is forced to remain in that toxic relationship if he or she wishes to continue their recording career.

Exclusive agreements compel parties to continue working together long after it is in their best interests to even be in the same room with each other. Even if you do not believe Kesha’s allegations, it seems obvious that her relationship with Dr. Luke was an unhealthy one. And in other kinds of business arrangements, the law provides mechanisms for a party to exit the arrangement before things become too poisonous.

For example, if Kesha was Luke’s employee, Kesha could quit, or Luke could fire her. If Kesha and Luke were business partners, either person could dissolve the partnership if they could no longer work with the other. And if Kesha and Luke instead had worked under a nonexclusive agreement, she would have been able to work with other producers instead of Luke (just as how Luke was already allowed to work with other artists under their agreement) when things started to go sour. But exclusive recording agreements are unique in their troubling lack of an escape valve for when a relationship becomes contentious, exploitative, or even abusive.

The music industry has a long way to go before it becomes a safe place for those who work in it. And an important step in the right direction would be for the industry to reject business structures that foster abuse and keep artists trapped in dangerous relationships. The fact that exclusive recording agreements are commonplace in this business makes their existence no less acceptable. Artists should reject these contracts, and instead should seek opportunities that allow them to maintain full control over their careers—and work with whomever they want.