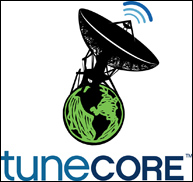 BROOKLYN, NY (Hypebot) – In Part 3 of the conversation between Ethan Bauley and Tunecore CEO Jeff Price, they explore the company's API which turns anyone into a digital distributor. Tuesday's final installment shares stats about the quantity of indie music being released and new models for publishing music that aren't predicated on "full length" albums.

Ethan: I want to ask you about the new TuneCore API, which is now available. Do you have anything in mind that you would like to see somebody build that you don’t have the resources to do? Do you have any big ideas (or small ideas) that you hope to see come to pass because of the API?

Jeff: The API enables anyone to become a music distribution company. You create a handshake with our backend, and we’ll do all the heavy lifting (just like we’re doing now): we deal with the file uploads, the transcoding, delivery of the music files, the metadata, packaging, delivering, the customer support issues. Voila, you're a music distribution company. It could be JoeSmithRecords.com or it can be Pepsi.com, it doesn’t matter to us, it works the same way.

What I hope to see people do is to take what we do, which is distribution (all the administrative accounting services) and some marketing/promotion and mix it with whatever they do. Then it becomes a new thing…and TuneCore is just a piece of the new thing.

It could be, hypothetically that by purchasing a Gibson guitar, you get distribution. So now it's bundled with someone else’s value proposition. It could be (and I’m completely making this up) "Hi, I’m Eminem, and if you come to my site I’ll provide you music distribution. In return, I’m going to pick the artists I like each month and feature them on my homepage, which will help drive your fame, notoriety and sales." He can charge whatever he wants for that; it’s a new way to monetize fame.

I’m excited to see what sort of creativity comes out of this. There’s about 50-60 companies now that are working on TuneCore API integration and each one has their own ideas and their own way of doing things.

Practically speaking, between TuneCore and the partner using our API, it's no different for us than any other customer [same flat fee, etc]. On the other side, whatever deal our API partner has with the end user/customer, that’s between them [editor's note: for example, API partners could mark up distribution to earn a profit].

Ethan: On the software development side of this, what is the bottom-line investment or skill that an individual would need to make something using the API? Could you go to Rent A Coder if you have an idea and get it live for a few hundred dollars? Do you have any detail on the technical skill set that people need to play with this?

Jeff: Why don't I bring our CTO on the phone and he’ll answer that directly. Meet Gary Burke, my friend, co-founder and Chief Technical Officer of TuneCore.

Ethan: Pleasure to meet you, Gary. For the people that are going to read this, what’s the entry point to make something simple, like "JoeSmithRecords.com", using the TuneCore API?

Gary: Anyone who has a very basic level of web development skill; anyone who can build their own simple blogging system would be able to work with us. The API just allows the same functionality as someone using our website on a browser, but instead they’re using code.

It would take someone with a bit of familiarity with PHP or Ruby or another web applications language, but it's not incredibly difficult.

Ethan: I know there's plenty of documentation out there for people to see, so let's move on and tell readers to reach out to you guys directly with questions. Thanks for your time.

Jeff, is there anything more information that you want to get out about the API?

Jeff: You know, there is. Let's say I bumped into you on the street 15 years ago, and you just came out of a recording session with your band and had a CD in your back pocket. If I said, "For $30.00, I’ll put that music into every Tower Records in the world, with inventory that replicates on-demand, and you’ll get 100% of the money for the sale of that music," you’d think I was insane. But that's exactly what TuneCore does.
With the API, I can turn to anybody and say, "You can be your own distribution company like Warner Music Group or Sony BMG; you can be a distributor for anybody else and the cost to do this is no money, just some very basic code. You'd have the same distribution power as the largest multinational corporation on the planet." It’s bizarre.

Ethan: It definitely is bizarre. One thing that struck me about what you just said is how TuneCore's pricing enhances the marketability of the service. There are strategic advantages to being both a first-mover and a price leader, but with a service like TuneCore, which is pretty disruptive and novel, a simple pricing scheme (i.e. a flat rate) makes the value proposition much easier to explain.

TuneCore takes care of a lot of what used to be tough "grunt" work. Not only is it bizarre and awesome, it really is awesome if you’ve had the experience of packing and shipping and dealing with distributors, which can be time consuming and annoying!

Jeff: There were definitely challenges in that business, but it was necessary. Nobody was evil, but it was painful, because there were so many moving parts and you had to move stuff here and move it there and returns and return processing and cooperative advertising and distribution fees….

Ethan: Let me put it this way: if it hadn’t been music and it had been widgets or microwaves or whatever, it could have been a really bad scene.

Jeff: The music industry is an imperfect industry, no doubt, but the digital aspect of it brings up its own new challenges.

NEXT: The final part of the interview where Jeff shares some stunning statistics about the quantity of independent music being released these days and also talk about new models for publishing music that aren't predicated on "full length" albums.