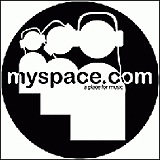 BEVERLY HILLS, CA (Hypebot) – MySpace music is now scheduled to launch this week, but an antitrust lawsuit may be in the making as indie labels in the EU and US complain they are being excluded.

Some speculate that the launch has been delayed because of ongoing negotiations with EMI. Others believe it has been more about tech issues. This is an important launch both for MySpace who wants to cement its relationship with consumers in the face of growing competition and the music industry who needs to finds ways to monetize music particularly with MySpace's young audience.

To date, however, no independent record label has signed a deal to get paid to stream music on MySpace, though a number of digital aggregators have had meetings about it. Reports are filtering in from the UK that some indie labels are also being blocked from uploading their music into the MySpace System via a service provided by Audible Magic. That company says it is only metadata issues and confusing territorial rights claims. But if so, why aren't the major labels having the same problem?

If that's not messy enough, others are asking if three or four major labels having a major ownership stake in MySpace Music doesn't create an unfair and illegal advantage. How pricing and payouts are determined and the quick resolution of indie problems will be watch closely as MySpace moves forward. The EU is far tougher on antitrust than the US and thier regulators now seem almost certain to review the new venture.