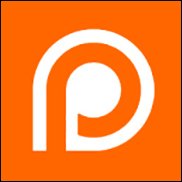 
Patreon, the Jack Conte cofounded fan patronage platform for musicians, YouTubers, podcasters and other creators today announced an additional $30 million in venture capital in a series B round.


The round was led by Thrive Capital with participation from Allen and Company and follow on investments by Charles River Ventures, Index Ventures, Accomplice and Freestyle Capital. Previously Patreon had raised $17.1 million in two rounds.


Patreon By The Numbers