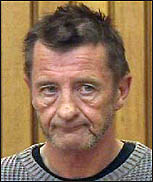 TAURANGA, New Zealand (CelebrityAccess) — Former AC/DC drummer Phil Rudd's legal tribulations have been chronicled extensively over the past year, as he faced charges of drug possession and of conspiring to have a former employee killed, but apart from his court appearances, Rudd has not spoken out on the matter. That's changed though and in a recent interview with Rolling Stone Magazine, Rudd took the opportunity to put his own spin on the story.

In the interview, Rudd denies ever seeking to have anyone "taken out" suggesting that the whole thing had been blown out of proportion. Rudd says the incident stemmed from a record release party for his solo album.

"I didn't have a major issue of any sort except I got really [angry] on this solo album [event] of mine, which I was organizing myself," Rudd says. "It came to a head at this woman's party, which was badly organized. So I sacked all those guys on the spot. When I walked in, everyone was [drunk]; eight sheets to the wind and full of bourbon. That's the last thing I wanted to see. I wanted them to sit down and listen to the album, have a snack and a cup of tea. It just got worse from there. I wasn't handling it very well. The whole thing was a little bit too much for me. But the threatening charge is just a complete crock of shit. I wouldn't do that," Rudd told Rolling Stone.

As to how the story got overblown, Rudd seemed to be unsure.

"The local paper had their heads up their asses and I don't know why," Rudd says. "They seem to really want to find something bad about me and blow it up to sell papers. They look at me as the 'bad boy drummer.' They just really don't like me. Everyone seems to fuckin' hate me, but everyone really loves me."

Rudd also indicated that he'd like to rejoin his former bandmates in AC/DC after his 8 month stint in home detention is completed.

"All I'm looking for is an opportunity to step back up," Rudd says. "Once I get back my freedom to travel, I'll hopefully be heading straight back to whatever they're doing. I feel great. Better than I've ever felt before. I'm very keen to get back in the saddle." – Staff Writers