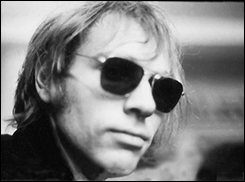 MARIN COUNTY, CA (CelebrityAccess) — Producer, manager and label exec Sandy Pearlman, who figured in the careers of artists such as Blue Öyster Cult and the Clash, died on July 26. according to his friend Robert Duncan. He was 72.

Pearlman had suffered a debilitating cerebral hemorrhage in December, and died of pneumonia and other complications, Robert Duncan, his longtime friend, and conservator, said.

Pearlman first gig in the industry was writing rock criticism for the pioneering American music magazine Crawdaddy! after being introduced to its publisher Paul Williams, by Playboy political analyst Michael Horowitz.

However, Pearlman was better known for his work as a producer and a manager. He was instrumental in the formation of the rock band that would become Blue Öyster Cult, assembling a group that he thought was capable of performing music to the lyrics of his 'Imaginos' poems, combining mystical and science fiction themes with hard rock sounds.

He would go on to manage the band and co-produce eleven of BÖC's albums, including the band's seminal 1976 hit Agents of Fortune.

In 1981, he started collaborating with Cult drummer Albert Bouchard, on what was originally supposed to be a concept album trilogy based on Pearlman's poems “The Soft Doctrines of Imaginos.” However, the first album Imaginos, which took 8 years to complete, was a commercial failure and resulted in the band parting ways with their longtime label home Columbia Records.

As a producer, Pearlman also helped to bring punk rock to America, co-producing The Dictator's 1975 release “The Dictators Go Girl Crazy!” which is widely regarded as one of the first American punk albums, and the Clash's second album Give 'Em Enough Rope, their first to break in the U.S.

As a full-time manager, Pearlman oversaw the careers of artists ranging from rock acts such as Black Sabbath and the aforementioned BÖC to punk artists such as The Dictators and Romeo Void.

As well, Pearlman presaged the era of the Lollapalooza touring festival when he pioneered the art of packaging multi-headliner touring stadium shows, saving on logistical and promotional costs.

In the late 1990s, Pearlman served as the founding vice-president of the Goodnoise Corporation, which later became emusic.com, an early pioneer of the digital download music store and one of the first to monetize Mp3s.

In his later career, he was an educator, serving as the Schulich Distinguished Chair of music at McGill University in Montreal, and later served as Centenary Fellow at the McLuhan Center for Culture and Technology at the University of Toronto.

In 2009, Sandy Pearlman was appointed as an at-large member of the National Recording Preservation Board (NRPB) of the Library of Congress.

According to the New York Times, Pearlman had no immediate survivors. His GoFundMe page is still live and donations can be made at https://www.gofundme.com/2bmjd4c