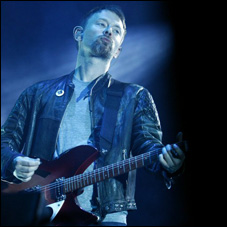 LONDON (CelebrityAccess MediaWire) — Radiohead has announced a pact with British indie label XL Recordings as the distributor for the distribution of physical copies of their latest release "In Rainbows" Billboard has reported.

In a brief statement, XL Rex founder Richard Russell said "Radiohead are a constant inspiration to us all, because they unfailingly put creativity first. XL is more than honoured to be working with Radiohead."

"Radiohead have created a huge amount of excitement via the unique way in which they launched this campaign online. 'In Rainbows' is truly a classic album and it deserves to reach a massive audience, well beyond that of download and boxset sales. We will be working closely with them to help deliver that." added managing director at XL, Ben Beardsworth.

No firm date has been announced for the release of the physical version but a discbox edition, which includes CDs and Vinyl records has been touted on the Radiohead site as being available on Dec. 3rd.

Its not Radiohead's first brush with XL, as Thom Yorke released his Mercury-prize nominated "The Eraser" through them last year. – CelebrityAccess Staff Writers