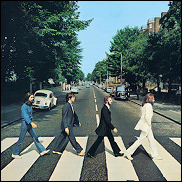 Garay is known for his production and engineering work with James Taylor, Elton John, Bonnie Raitt, Linda Rondstadt, Queensryche, Sarah Brightman and Kim Carnes, among others.

John Kosh, former creative director for the Beatles’ Apple Records, is the man behind the iconic covers for the Beatles Abbey Road, the Who’s Who’s Next the Eagles’ Hotel California and the Grammy winning Linda Ronstadt’s Simple Dreams. Kosh has also worked with Bob Dylan, Rod Stewart, John Lennon, The Rolling Stones, Jimmy Buffett and, through his Ten Worlds Productions, comedian/author Lewis Black.

“Red Red Records will have a roster of proprietary artists, but other musicians will also be able to benefit from our expertise in production, mixing, songwriting, creative direction and other aspects of making and marketing music,” explained Garay in a press release. “Our model is the original Asylum Records [cofounded in 1971 by David Geffen],” Garay continued.

“That label was built on artistic freedom, which is our guiding principle, too.”

“The company will also supply the marketing services required to support the finished product. Our goal is to encourage creative freedom but also ensure that all aspects of the release are maximized," added Woolverton, who is CEO of Red Red Records.

“I’m thrilled to be part of Red Red Records,” said Kosh, who serves as the label’s Creative Director.

Red Red Records’ first release, In the Blink of an Eye, the Garay-produced, Kosh art-directed debut album from Los Angeles pop singer and songwriter Katrina, is expected in the first quarter of 2011.